Some people have a sensitive sense of smell and can detect odours even when chemicals are present in very low concentrations. Most odours that occur in ambient air (i.e., outdoor air that is not on an industrial site) are caused by very small traces of chemicals. The ability to smell a particular odour varies from person to person due to variations in their sensitivity and depends on the concentration of the pollutant.

Atmospheric conditions and weather can affect pollutants that have been released into the air. When an air pollutant—which may or may not have an odour—is transported from the source from which it was emitted to a community, the pollutant mixes into the surrounding air and arrives at a much lower concentration than was initially emitted. The concentration of an air pollutant that reaches a community is due to many variables, including the amount of the pollutant released at the source, the height of the source, the distance from the source to the community, the surrounding topography, and local weather conditions. The most important weather influences are wind speed, wind direction, precipitation, sunlight, and the amount of turbulence in the atmosphere. Generally, strong winds disperse pollutants, whereas light winds can allow pollutants to build up over an area. The wind direction determines where emissions are transported.

Total Reduced Sulphurs (TRS) are a large group of sulphur-containing compounds, including hydrogen sulphide (H2S) and mercaptans. Many TRS compounds can produce offensive odours at low concentrations. Due to the sulphur, TRS compounds tend to have a smell similar to rotten eggs. Concentrations of H2S and TRS are measured in parts per billion (ppb).

Hydrocarbons are a large group of compounds, which are either measured as total hydrocarbons (THC), or due to new monitoring technology, can be split into methane (a single carbon atom = C1) and non-methane hydrocarbons (the sum of all C2 to C12 hydrocarbon compounds). Methane itself does not have an odour – a smelly chemical is usually added to methane to allow you to smell it when you are using commercial products like natural gas. Methane from industrial combustion does not have the additive, so does not have an odour. Methane is present naturally in the air, at a concentration of about 1.8 parts per million (ppm).

However, many other hydrocarbons besides methane, called the “non-methane hydrocarbon” (NMHC) portion, may have odours and may have them at very low concentrations. Depending on the substance, they may smell like rotten cabbage, smelly socks, or eggs. Concentrations of NMHC are measured in parts per million (ppm). 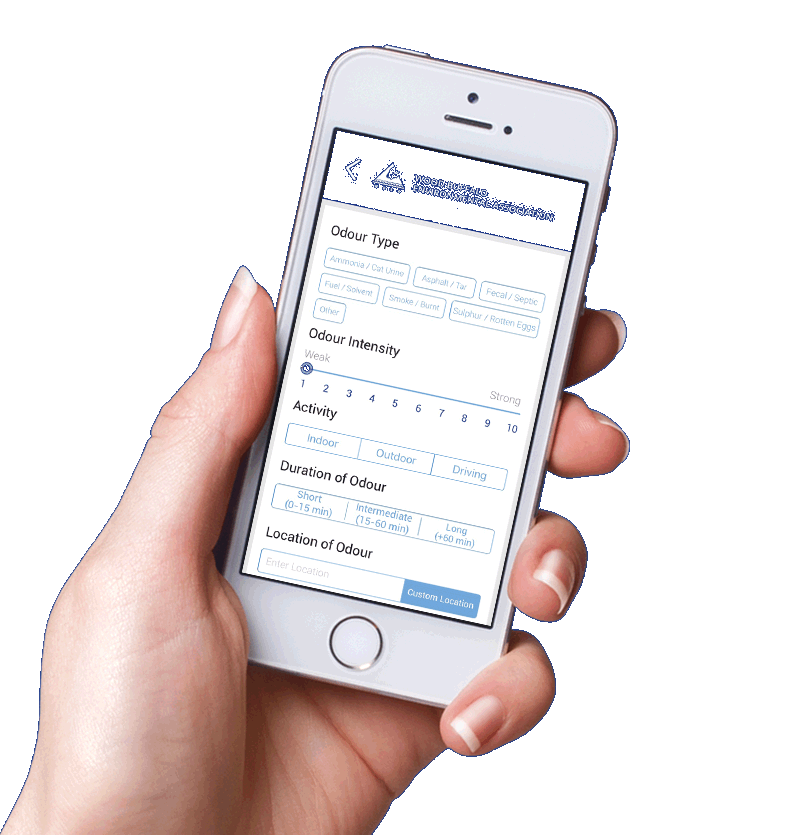